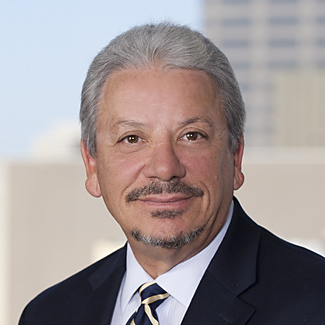 Rudy J. Cerone is a member of McGlinchey Stafford, PLLC, resident in its New Orleans offices. He graduated from the University of California at San Diego (B.A., summa cum laude) in 1976 and Boston College Law School (J.D., cum laude) in 1979. He was the recipient of the Order of Coif (1979), was the executive editor of the Boston College International & Comparative Law Review (1978-79) and received the Best Law Review Editor Award (1979). He was admitted to the California Bar in 1979 and to the Louisiana Bar in 1984. Mr. Cerone is a Fellow of the American College of Bankruptcy (2001) and is certified as a Business Bankruptcy Specialist by the American Board of Certification (1993) and by the Louisiana Board of Legal Specialization (1997). He is a long-time member of the American Bankruptcy Institute. He serves currently as a co-chair of the Caribbean Insolvency Symposium (2015-present). Previously, he served as the American Bankruptcy Institute's Secretary and Executive Committee member (2010-15), as a member of its Board of Directors (2004-15), as co-chair of its Bankruptcy Litigation Committee (2005-06), as chair of its Hospitality, Entertainment Venues and Gaming Subcommittee (2001-05), and as a member of the advisory board of its Southwest Bankruptcy Conference (2003-11). He also is former Chair, President and Board Member of the American Board of Certification. Mr. Cerone currently is a member of the State Bar of California, Louisiana State Bar Association (for which he chaired its Consumer Protection and Bankruptcy Section (1994–97) and was chair (2002–04) and a member (2013–present) the Bankruptcy Law Advisory Commission of the Board of Legal Specialization), the Bar Association of the Federal Fifth Circuit and the American Bar Association. He also is an author and lecturer on both business and complex consumer bankruptcy issues.