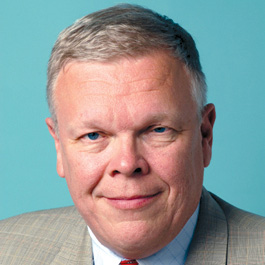 Ronald R. Peterson is a partner at Jenner & Block in Chicago, where he concentrates his practice in the areas of commercial, insolvency and bankruptcy law, and is a member of the firm’s Bankruptcy, Workout and Corporate Reorganization and Bankruptcy Litigation Practices. He is also a member of the Real Estate and Construction Litigation and Corporate Finance Practices and the Real Estate Finance Litigation and Workout Task Force. A Fellow of the American College of Bankruptcy, Mr. Peterson focuses primarily on representing debtors, trustees, creditors, committees, landlords and secured lenders in chapter 11 cases. In addition to his insolvency litigation practice, he counsels clients on a variety of transactional issues, including corporate restructurings. Since 2003, Chambers & Partners has named him one of the country’s leading lawyers in bankruptcy law, and he is AV-rated by Martindale-Hubbell. Mr. Peterson has been a member of the panel of chapter 7 trustees for the Northern District of Illinois, Eastern Division since 1987. He has presided over numerous complex commercial cases, including Stotler & Co., the country’s 10th largest commodities house, and Lancelot Investment, a $1.7 billion Ponzi scheme. He has also served as examiner in the case of Robert Lund, a large real estate developer and the chairman of the creditors’ Committee in Thomas J. Petters, a $3.5 billion Ponzi Scheme. Mr. Peterson is a member of the American Bankruptcy Institute, the Commercial Law League of America, the International Association of Restructuring, Insolvency & Bankruptcy Professionals, and the Business Bankruptcy Committee of the Business Law Section and the Bankruptcy Litigation Committee of the Litigation Section of the American Bar Association. He is the incoming president of the National Association of Bankruptcy Trustees, a Fellow in the American College of Bankruptcy and a director of the National Association of Bankruptcy Trustees. He also is a prolific lecturer and writer on bankruptcy and commercial law issues.